I’ve been known to date heavily during the holiday season. There are lots of reasons why we should all love the holidays. I’ve been working really hard in preparation for Thanksgiving and this upcoming December. Although the air typically gets colder, the shoppers come out and people start to head to malls, restaurants, and every other place you can think of in hopes of fulfilling their own desires as well as their friends and family. With that comes the increase in casual dating!

I know, you think I’m crazy but it’s 100% the truth and I can pretty much guarantee that you’re going to hook up or end up on a date or fling with one of these types of people listed below. These are the types of daters that you’ll likely run into if you’re actively pursuing something over the holidays. I’ve done my best to cover each of the types of people that you just might end up dating over the holiday season… 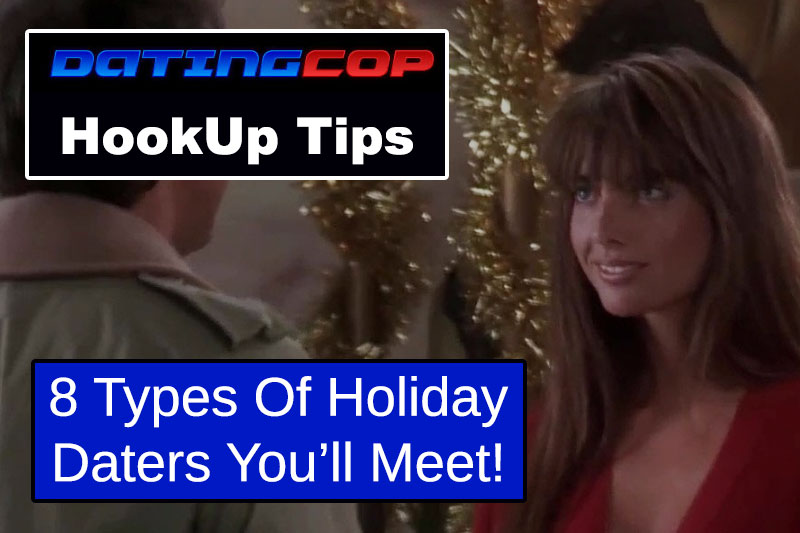 The Various Types Of Daters You’ll Meet This Holiday Season

This list is in no particular order. Have a look and understand what you’re getting into before the time comes. It’ll help improve your chances of getting laid too.

This is the typical college student that’s on school break and ready to relax as well as get wild a bit during the holiday break. They’ll likely be down for experimenting with a significant number of alcoholic beverages and sex positions. You won’t have to worry about anything going public because once their break is over, so are your chances of hooking up again.

Yup, you heard it here first. There are some people out there that spend a significant amount of time hanging out at the bar. These are people that go out with full intentions of shopping only to end up at the bar nearby alone and swiping for some D and P. It’s typically an easy close so long as you’re willing to foot the bill for all those drinks.

The Home For The Holidays Dater

Some people move away and return back to their hometown for the holidays. These are people that end up moving and staying away for quite some time but return either single or without their significant others. They’re likely on the hunt for some strange and it’s very possible to smash these people before they head out of town.

The No Standards Dater

Love this one! You’ll always run into the no standards dater during the holiday season. These daters are people that just want to fuck and they’ll do so at any cost. Whatever you do, just be sure to wear a rubber when you smash this one.

The Just For Gifts Dater

Some people on the scene during this time of the year are simply looking to date so they can get a couple of extra presents under the tree. Shame on them, right! But if they’re willing to suck it good and perhaps let you hit it from the back, then why not splurge on that I’m With Stupid tee shirt or the corny coffee mug with the meme on it.

I’m a huge fan of this dater. Housewives are severely underappreciated and this one is typically posted up at the classy restaurant just sipping a martini or two after having a crazy day shopping for her kids. She’s not getting the recognition that she deserves at home and if you can fill that void, then she’s you’re for the season – on the down low that is!

If you don’t think department store clerks are looking to get it, then you’re misinformed! Many of the women working at department stores are doing so in search of some single guy buying gifts for his mom. You know, a good guy that’s willing to give them a big Johnson slinging.

Well, that should help you kick the season off with types of people you may or may not want to avoid during the holiday season. If you’re not sure where to start, just join one of these highly reputable dating sites and you’ll be off to the races in no time!

Lastly, I’ll leave you with the hottest holiday shopping scene of all time!