If you grew up in the 90s and you were dating at the time, then you know there were some really weird things that went on during those times. Especially when it comes to dating in high school or college. I’m here to share some of those weird things that we used to do which we now would never even think twice about doing. Well, we wouldn’t because we are now evolved AF!

Weird Dating Facts From The 1990s

There was no swiping, no private messaging and no texting even. All that stuff was pretty much obsolete. Here are a few things that weren’t obsolete…

Waiting By The Phone

How many times did each of us sit by those ridiculous rotary phones waiting for them to ring with plans? I personally remember spending a shitload of time waiting by the phone for someone to call in hopes that plans could be made. There were no portable phones that allowed up to walk around and talk (privately). Instead, we had to really on the phone in the main area of the house. It got awkward with people standing there while you’re talking to someone you wanted to hook up with. The days of waiting by the phone are over. Thank the lord!

Back in the day, before the cell phones, we had pagers and those pagers were kickass one-way communication tools. The only problem was that when you didn’t have a phone nearby to return the call, you were basically shit out of luck. I can’t tell you how many girls I could have fucked had I returned those beeps quicker. FML!

This is one of the most well known weird dating facts for sure! There were no Facebook check-ins or dropping Instagram pins to see what the person you liked was up to. Instead, you’d do the old drive by and what that meant was you were going to chance looking creepy as fuck in hopes of not getting caught on this drive by. You needed to know what the girl you liked was doing. Well, today most people voluntarily give up this type of information through basically every social media channel known to man. The psychopaths still do drive by’s I can almost guarantee it.

Picking A Place To Meet 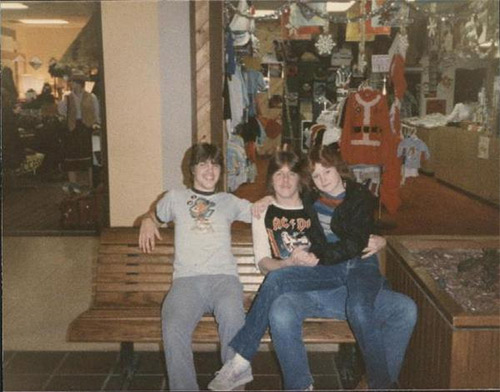 How many times did you spend a quarter of the night just trying to find the person you were trying to meet up with? Not too mention the places you’d go to meet women. You set a location and without having any GPS sense or technology you would spend the entire fucking night trying to find both the location and then the person you set up to meet. If the location was the mall, then it made it that much more complex due to all the things to do there. No one was waiting around at the front door for you. You had to go find them. What a pain in the ass!

Sex ed class was downright weird. Being in class with teachers showing strange sex ed videos and injunction with some of the sexual songs that released during the 90s. You’d sit there and gossip with friends about who’s had more sex than someone else. It was all a scene that I wish I could just forget. Too bad it’s not that easy!

Well, those are the main weird dating facts of the 1990s that I remember. I’d love to forget the facts if given the chance. In fact, I just ruined my week writing this post. Instead, I’m going to log onto one of my favorite dating sites and chat with some girls until I find one that wants to fuck. It shouldn’t take too long. You know, given the technology that we have today!