If you’ve been sniffing around the Internet looking for someone to hook up with and you’ve been doing it for a while, then there’s a good chance you’ve come across a few bad apples. I’m talking girls, websites, romance scams and all that type of stuff. Well, unfortunately, I’m here today to report another bad hook up site. It’s called Nightshift.co and it seems to be the latest replacement for Backpage and Craigslist (similar to Craigshookup).

The most important takeaway here is that you NEVER use this site. Sure, I’ll give you a full breakdown of it right now. It’s not something that you’ll be happy to hear but it definitely makes sense for me to iron things out by laying it all out on the line! 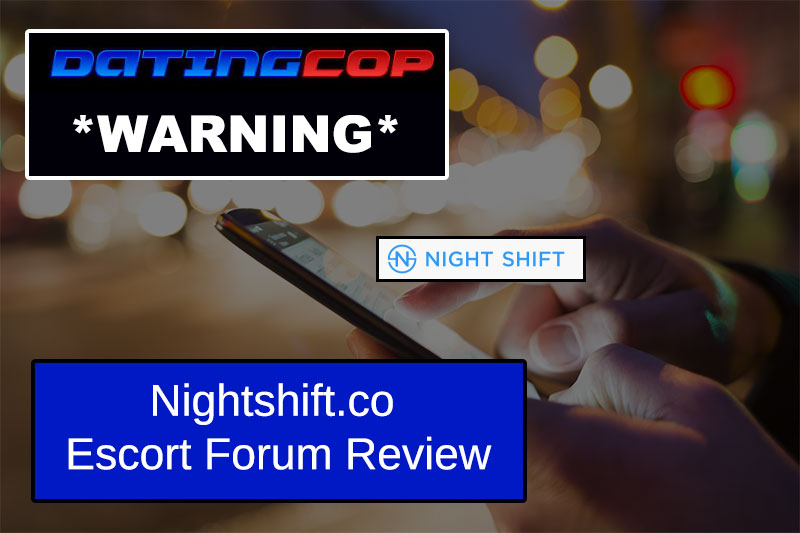 Why Nightshift.co Is Shady And A Bad Idea

I’m the first one to admit that I am no angel. Not even close. Heck, not even in the least bit. That being said, I’ll never attempt to even test this out again.

Sure, this was purely an investigative move today, but at no point in time should anyone even attempt to use the Nightshift website. Before I bash the heck out of this site, I’ll go ahead and fill you in on how it works.

When you visit the homepage of Nightshift.co, you’re immediately taken to a page that kind of explains what the site does. However, it’s nothing more than some legal jargon that they push out to you in order to cover their butts from being sued for anything.

If you take a close look at the left sidebar, you’ll notice that the site has a filtering system. They help you filter users based on ethnicity, type, age, service type and more. But what they don’t come right out and tell you is that this is a site filled with girls that you have to pay money to have sex. None of the girls on this website are real girls next door looking for a guy to date. They’re escorts that you must pay to play.

The Girls Are Not Who They Claim

Just like any other escort site, most of the girls on Nightshift.co are likely not who they claim to be. They do everything in their power to attract poor lonely guys looking to hook up, yet most of the time the guys end up meeting someone completely different.

The Nightshift.co website apparently offers a premium membership for those that want to access a couple of reviews each week of the girls two weeks before they go public. However, the problem I have with this is why do they need to keep things completely private for a period of two weeks? Something simply doesn’t add up here in my humble opinion.

They also claim to make mention of additional search filter access in order to better connect with girls. I hate to say it, but that doesn’t make any sense. So, restricting access to a filtering option makes someone want to join? I don’t think so my friend.

Make no mistake, these girls are most likely straight up scammers or disease-ridden druggies. I’m just saying, based on my personal experience testing out these streetwalker forums, there’s no good that comes from using them. In fact, a lot of danger and damage can occur to those who choose to not avoid this site. For example, the first thing that you can expect is to be out cash one way or another. The girls will take your money, and it will cost you.

The second thing you need to remember is that sleeping with girls for money is illegal in most states. If you’re paying girls to have sex with you in the United States then you’re breaking the law. This is part of the reason why I typically suggest joining a premium adult dating network. There is no exchanging of money as it’s just two people looking to have some fun and hook up.

Lastly, once you’re on the Nightshift.co database list, you’re on it. If anything ever happens and the site gets raided or shut down, then they’ve got all the people’s information and details for those openly willing to pay girls to have sex with them.

As the DatingCop, I without a doubt cannot and will not endorse that type of behavior! I refuse to accept that it’s the only way to get laid because I know it’s not.

Conclusion: Nightshfit.co Is Bad, Pass On It.

TheNightshift.co website is a horrible site that must be avoided. If you’re even thinking of paying some girl to have sex with you, then you’re in a bad spot. Which is exactly why I recommend that you join one of the top websites I’ve recommended below. My guess is that you’ll meet someone, have sex for free and won’t have to deal with any legal drama or robbery in doing so. Best of luck to you!