Texting games are the best games! If you’re not playing games with girls or guys you’re trying to get with then you’re doing it wrong. I’ve been taking this approach for years and it’s helped me seal the deal more times than I can even keep track of. Whether you’re in a serious relationship (as opposed to a sexual relationship) or just talking to someone casually, these games are fun for all. They certainly can make the time go by quicker than usual and I’m telling you when I say that a simple text can change the trajectory of your hookup potential 100%.

Here’s a list of some of the most popular texting games that you can and should consider playing with someone that you’re trying to bang. I’ve narrowed it down to ten of my favorite games to play with someone via text messaging. You can choose to play one or play them all! the choice is yours. Here’s what I suggest if you’re DTT….down to text lol! 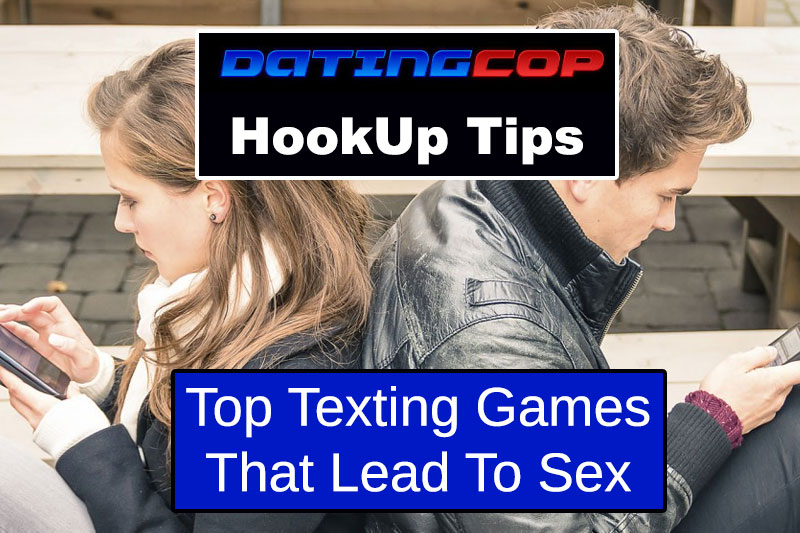 My List Of The Best Texting Games To Play

Look, I’m going to keep this short and sweet, here’s a list of the games that I play with girls I meet online. These games get me laid and on the regular too with new people in my local area. My guess is that you’ll have a better shot at banging someone if they see that you’re a bit more playful than they think.

The I Spy game is one of the most popular traveling games for those long car rides, but it’s also a fun game to play via text. Give each other clues and each of you takes turns guessing what they’re looking at and for. Set a limit and the person that wins the most games gets oral sex first!

This is another classic and great game to play with someone you’re looking to hook up with. It can be fun trying to get into someone’s head that you’re trying to bang. This texting game requires two people and it’s easy to use. All you need to do is use some reasoning, choose a person or an object and allow the person your playing with to ask questions in order to figure out what it is that you picked out.

Never Have I Ever

I love this texting game and it can be played while drinking or smoking weed to make it more fun. Basically, this is easy to play via texting. All you have to make statements and you allow one another to take turns making these statements. If it’s not true, you drink or take a rip from your joint.

This one always gets people really going quite a bit. Kill, fuck, marry is a game where you take three different people and you need to decide which one you’d kill, which you’d fuck, and which you’d marry.

I love this texting game because it gives you a chance to see what people are really made of. So, instead of sending a traditional text message to one another, you send photos.

Feel free to send photos (not dick pics) of things you find on the Internet or just pics of yourself. Trust me, this game is going to either make them laugh or get them worked up enough to want to run right over and bang you pronto!

The What If texting game is popular and one that puts you in a “what if” like a scenario where you have to work your way through a specific situation. This is a fun game because there’s no right way or wrong way to play this. It’s definitely fun, exciting, and it will get you laid if you keep the “what if” scenarios somewhat sexual.

The Would You Rather game is traditionally played in person but the alternate version is playing it via text.

You need to ask crazy questions that might make the other person feel uncomfortable. These hypotheticals will have you banging the hottie on the other end.

If you play your cards right with any of these texting games, you should be on your way to getting laid and doing so on the regular for sure. I’ve been lucky enough to test this theory out and have done so successfully! Just do as I say and you’ll get far! Need a few networks to meet some locals to text, no problemo, just try these networks here. Let me know how it goes!